“So Quick The Deep Sea Did Swallow Them All” 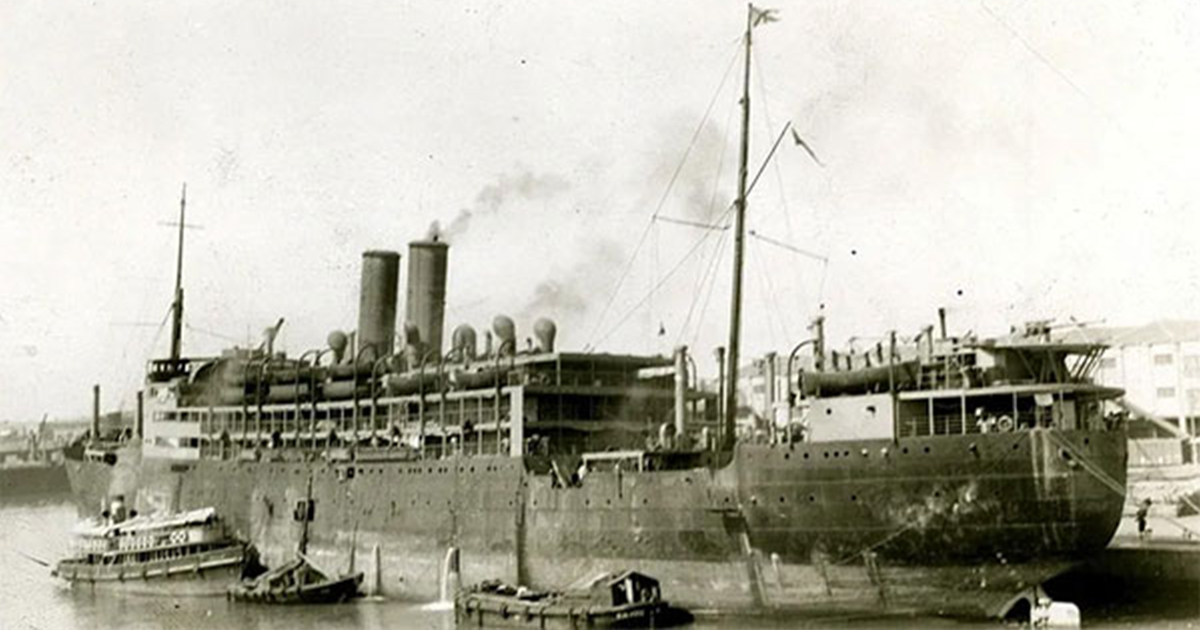 A picture of the S.S.Tilawa.
Last month, I received an unusual email from Mervyn Maciel, my long-time correspondent (although we have still not met in person).
“I don’t know if you are aware that I lost five members of my family when the ship they were returning to East Africa from Goa was torpedoed by the Japanese in November 1942,” wrote the sprightly UK-based 93-year-old, “my father, step-mother and three very young siblings perished. And while there were many survivors, amongst those who lost their lives on this ill-fated ship included young Goan brides on their way to Mombasa, and several other Indian families.”

Maciel pointed me to an article published in The Eastern Eye by Emile Solanki: “On November 20th, 1942 at 17:00, the British-built ship left Mumbai for South Africa. There were 222 crew members, with 732 passengers, 9 lifeboats, and over 6,000 tons of cargo, including 60 tons of silver bullion. Its route was from Mumbai to South Africa via the Seychelles, Mombasa, and Maputo, ending in Durban.”

Here, we must zoom out to understand the geopolitical scenario. World War II was ablaze on multiple fronts. The Americans were surging at Guadalcanal, and General Montgomery had seized Tobruk. War historians tend to remember November 23 for two important shifts: the Soviet Red Army fully encircled the Germans at Stalingrad, and the strategically important port of Dakar shifted to Allied control. Most accounts also record that a German U-boat sank the SS Benlomond off the coast of Brazil (after which the second steward Poon Lim famously survived 133 days adrift).

What has generally been forgotten is restored by Solanki: “in the early hours of the morning, 930 miles northeast of the Seychelles, Tilawa was attacked. After the first torpedo attack, the first officer transmitted SOS messages. Unfortunately, little could be done, and once the second torpedo hit the ship sank quickly. For the next 2 days, all aboard would fight for their lives and see their fellow passengers and loved ones drown to death. Eventually, a rescue mission led by a Royal Navy Cruiser HMS Birmingham and S.S. Carthage ensured 682 people were rescued. A total of 280 lives were lost.”

Solanki, whose great-grandfather drowned in the attack, writes that “it is unknown why S.S. Tilawa was sunk in the Indian Ocean. Did the Japanese Imperial Army know there was bullion on the ship, or, did they see the ship as a military threat? Where were HMS Birmingham and S.S. Carthage when Tilawa was attacked? Did the British, Indian, or Japanese Governments hold any classified information, including any communication between these vessels during the attack? It is believed S.S. Tilawa was the only passenger cargo liner attacked in the Indian Ocean during the war. Few know of the incident, yet many families suffered.”

Why are some losses memorialized, while others ignored? The short answer, of course, is racism. But there’s also the question of post-colonial nationalisms, and the inherently in- between “African Asians”. In this regard, Mervyn Maciel’s family and their ilk pose profound conundrums to contemporary simplifiers. Should their deaths be “acknowledged as part of India’s war efforts”, as Alex Gemmel, the British High Commissioner, argued at a memorial last month? Or does that medal, so to speak, belong on the opposite set of chests, because that same deadly Japanese submarine went on to transport Subhas Chandra Bose safely from Madagascar to Tokyo?

Here, it’s interesting to note the Tilawa has unexpectedly come back into the news for more than one reason. As reported in The Times last month, “the ship’s whereabouts remained a mystery until Ross Hyett, 69, a champion racing driver, set up the London-based Argentum Exploration to locate shipwrecks lying at depths that had previously precluded salvage. The SS Tilawa was found in December 2014 and recovery work began in January 2017. The silver bars, estimated to be worth about £32 million, were shipped to Southampton and declared to the Receiver of Wreck, which oversees salvage law, and are still kept in its secure warehouse.”

Much drama ensued, as the “South African government then claimed it had “sovereign” rights over the silver, which meant it was entitled to the bars without having to pay any salvage to Hyett. [But] Lord Justice Popplewell yesterday dismissed the South African government’s claim at the High Court in London, and ruled that the silver was a normal commercial cargo subject to the rules on salvage. The judge said the government had probably “forgotten” about the silver. He added: “The mere passage of time between cargo becoming derelict and the commencement of salvage services does not affect whether it is a recognised subject of salvage. It makes no difference whether it was salved within hours of becoming wreck or after 75 years.”

Lots of hubbub about silver bullion, but nothing much about the lives that were lost. And so, what has not been salved, at least to any level of satisfaction, is the golden heart of my dear friend Mervyn. Although he went on to have a distinguished career in the Kenya Civil Service – see the excellent memoirs Bwana Karani (1985) and From Mtoto to Mzee (2014) at ww.britishempire.co.uk – he never ceased pushing for official recognition of the loss of the Tilawa, which finally occurred only last month, an unconscionable 80 years after the tragedy.

In his initial email to me on this topic, he wrote that “memories of the loss of my entire family and many others still haunt me” and shared an anguished poem written in 1944, when he was just 15.

He smilingly said,“I’ll come back soon” / But we knew not death would call so soon / So sudden God’s summons / So quick the deep sea did swallow them all / O Destiny, No time to say farewell, no time to say ‘wait’ / Death’s cold gatekeeper had opened the gate / And now that he’s gone, we can murmur not / But trust in God for that’s our lot.